The Bronx Salad was a direct response to the Robert Wood Johnson County Health Rankings Report that placed the Bronx in the last place, 62 out of 62; the unhealthiest county in New York. The rating sparked the initiative #NOT62; a campaign to improve health outcomes for Bronx residents by 2020. It is known that the South Bronx is considered a food desert and doesn’t have access to affordable and healthy food options. To challenge this, the United Business Cooperative, SOBRO, and the Bronx Health REACH collaborated in making a healthy dish that would also be unique to the Bronx. After 8 months of sampling and collecting community votes and input, the salad evolved into a cohesion of flavors with mixed greens, red peppers, red onions, olives, tomatoes, corn, black beans, plantain chips, mango and avocado to represent the diversity of the borough. The vegetables for the Bronx Salad are grown using revolutionary technology, with local youth-led hydroponic gardens to harvest the vegetables, and the remaining ingredients locally sourced. The salad is currently being served throughout the Bronx in schools, restaurants, and in private and public institutions to bring awareness and access in order to meet the needs of the borough.

Created by the United Business Cooperative and Bronx Health Reach, the Bronx Green Menu became another initiative to address food related health disparities in the Bronx. The Bronx Green Menu aims to bring access to residents of the borough. By implementing itself in a total of 20 restaurants primarily throughout the South Bronx, the Bronx Green Menu is made up of original, co created dishes unique to every individual food establishment to create healthy and affordable food options. The dishes use the food resources already available at each particular eatery to create a new, entirely plant based menu item; the menu items are not only healthy and affordable, but sustainable as well. This way, by introducing the Bronx Green Menu, local eateries and establishments can let their frequenters know that they do have their best interest in mind and do care about the community’s overall health and quality of life. 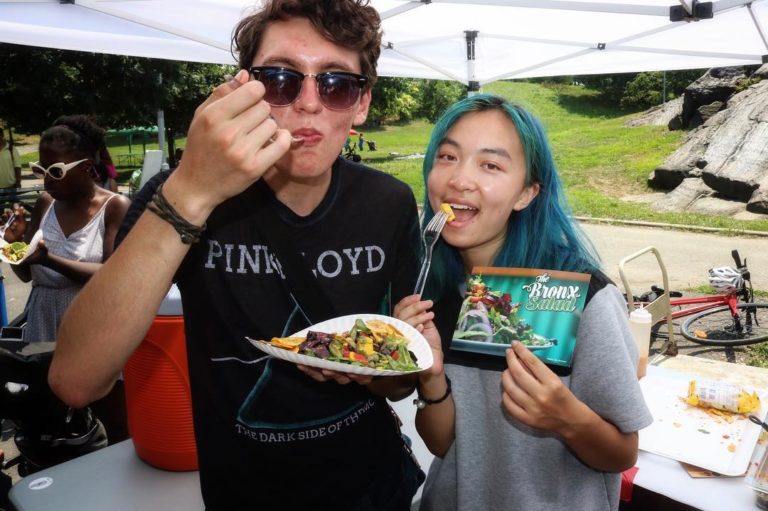